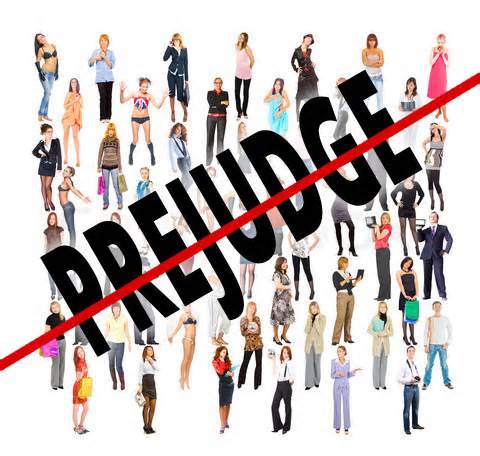 If you haven’t been following this blog and you don’t know me, my name is Dennis M. Wilson (“M” needed for distinction from the deceased Beach Boy). I want to tell you a lesson that was reinforced in me today. But before I do, I have to give you a bit of background.

I have been selling professionally since I was 10 years old. That’s right, 10! It all started with pet rocks. I got a rock polishing machine for Christmas one year, found a bunch of unused bottle caps, and bought some googly eyes. Instant Pet Rocks being sold by an unbelievably charming kid door to door!

I didn’t even consider prejudging at that age. When you’re young, you aren’t jaded.  I just went door to door to door, and made a small fortune — at least in a 10-year old’s eyes — selling Pet Rocks for $1 each.

I did this by using the puppy dog close.  Of course, I had no idea that was what I was doing back then, but it proved very effective. This was the line I used back then: “I just need 5 more subscribers and I get a free trip to Disneyland. If you would just help me out, I would be happy to send you a Postcard from Disneyland.”

Yep, I sent 5 postcards! I still hadn’t learned to prejudge. I had upped my game. (I think the subscriptions were about $30 whole dollars a year!)

I then ran my own Neon Sign company. It is here where I learned to prejudge. I was old enough to have heard enough ‘Nos’ and ‘Not interested.’  It was here where I learned to FIGHT THE URGE to prejudge. It was here the idea was born, long before the technology and internet existed to build a piece of software like Small Business Dream. (We used a product called PackRat, which was good at the time.)

Slowly I started to prejudge by the tone in their voice on the phone, or the fact they didn’t call me back.

I even played the old ‘It is Monday game’ — nobody wants to be followed up on Monday, they are all too busy. I was deep in my prejudging mode.

At this time I was selling Neon Signs anywhere from $299 to $10,000. It seems the prejudging gets to happen more and more often, the higher ticket item you sell.

The battle NEVER ends for a salesperson.

Now I sell $10,000 to $180,000 Software systems. I would love to say I have learned to NOT prejudge. I can tell you I have found a way to limit how much I do it. It is called Small Business Dream. It simply works by giving me a list of people to call based upon MY decided order by the last contact I had with them — open Small Business Dream, call, email, send a text, send a Facebook message, or whatever else it tells me to do, and don’t stop until the list is empty.

Systematize. It’s not 100% magic, but it keeps me on track a lot more than just hoping I will remember who to call and what was said and NOT make excuses they might not be interested so I won’t call. Just CALL or DO the action Small Business Dream says.

At least I have a weapon against my brain!

Is the battle over?

About 2 weeks ago, I got a phone call on a Sunday morning from somebody interested in our software, and they only were going to have a very small number of people in their company, and I totally PREJUDGED thinking they weren’t actually a prospect.  It was Sunday morning, so I think I was a little miffed at myself that I answered the phone on a Sunday morning.

I did all the wrong things in sales; I answered the phone in a slightly less than perfect mindset. I PREJUDGED this wasn’t a prospect and I had wasted my time. Fortunately, I use SMALL BUSINESS DREAM, so he was already in the system and he came up for a call-back on Monday.

With the help of Small Business Dream, I can battle against my BRAIN’S poor judgement, ended up calling him back and following up as I was supposed to ON MONDAY, even though I had completely prejudged him.

Well guess what? It turned out that we were to have another call the next day and I thought he was very likely going to purchase our $30,000 software platform from me! The key in sales is DON’T PREJUDGE. Even the best salespersons aren’t perfect.

I got the sale the very next day. However, I prejudged and could have lost the sale but thankfully I got lucky and I saved it, because I had proper sales automation in place to make sure I stayed in communication, even though I didn’t feel like it, and it was hard to pick up the phone to call because I had prejudged him.

Small Business Dream said I need to call him, and my stats for the day said I had only made 61 contacts so far that day. My goal was 100. I couldn’t handle the pressure of resisting the call, and everything just forced me to pick up the phone to make that last phone call and sent that last text message.

And I got the Sale.

DON’T PREJUDGE. Just let your sales process take hold and do the right things according to your sales automation follow-up software. And by not prejudging, you are going to sell more and make a ton more money. 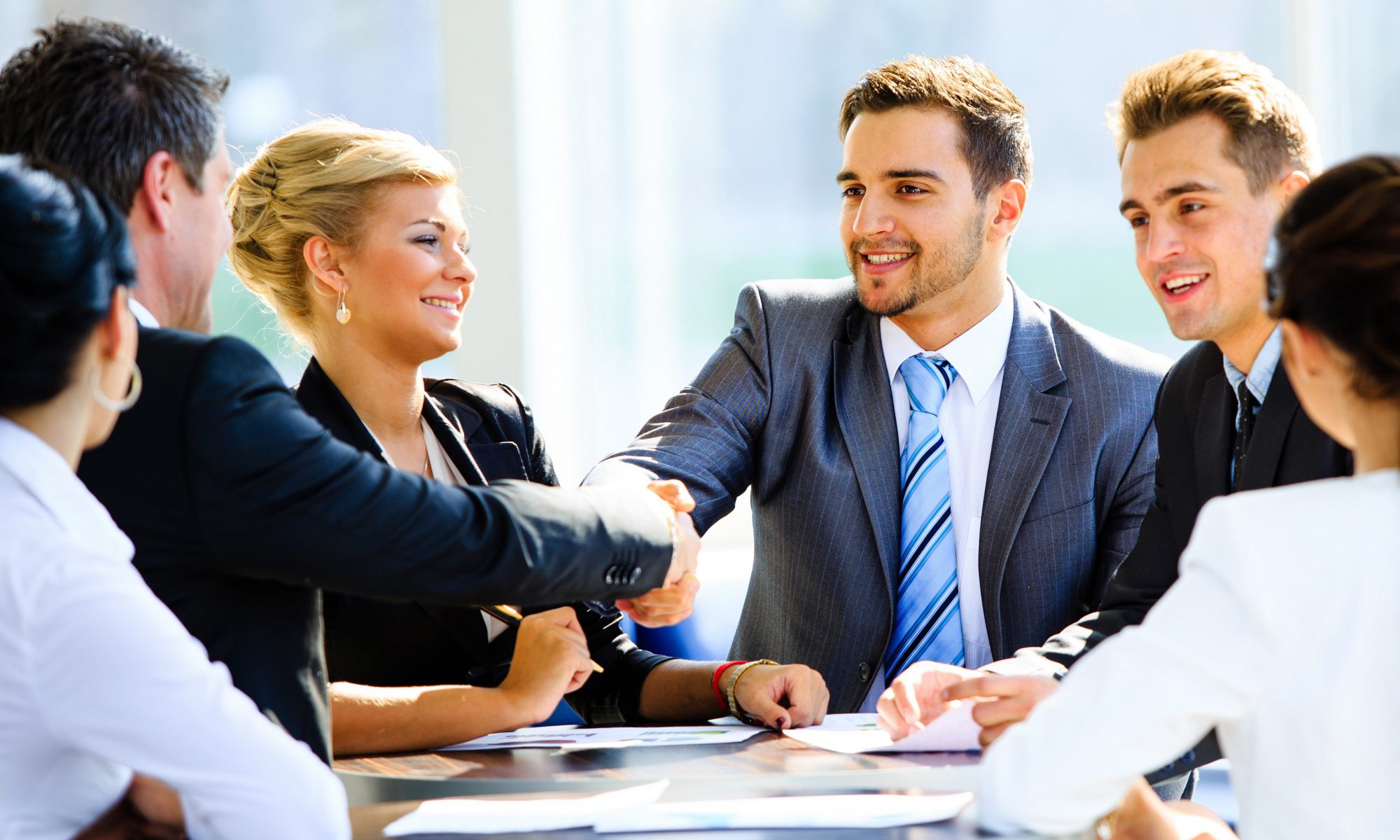 Sales people are constantly under pressure to perform within the company’s standard. Attrition rate in the sales department is fairly high — as much as 50% a year in some companies.

Most of the time, they would resort to desperate measures in a last ditch effort to reach the monthly or weekly quota. But as we know these futile attempts made no difference other than making them look desperate.

Surviving this job requires persistent effort and a high degree of salesmanship acquired from years of experience and training.

What Persistence is Not

One of the roadblocks to becoming a successful salesperson is the lack of understanding of the customers and the sales process. In order to succeed in a highly competitive market, a salesperson should know the difference between persistence and pushing too far.

Here are some telltale signs that a salesperson has already crossed the line:

1.     Salesperson does all the talking.

Sales people can become overly enthusiastic to the point where they start taking up most of the conversation. This usually puts customers on the defensive, especially if they don’t have any intention of buying the product. Some salespersons are not so conscious about it, but it’s actually off-putting to most customers.

Businesses provide solutions to their customers’  ‘pain points’. If it’s something that has real value to the customer, it won’t be too hard to make the sale.

However, giving ‘unsolicited advice’ by offering a ‘solution’ too soon can be misconstrued as pushing the sale.  Although not necessarily wrong, it would be much better if they would hear from the customers first before going any further.

Be honest about your product or service and never over-promise — and definitely never lie. A salesperson needs to lead the prospect to water, not try to drown them.

If not done correctly, offering discounts right off the bat can actually send a different message to the customers. It could  mean one of two things — it’s cheap quality, or it’s previously overpriced.

Either way, customers will have a negative impression about the offer, especially those who prefer quality and value over price savings.

Badmouthing other companies betrays a lack of confidence and could undermine the company’s reputation.  However, it doesn’t mean sales people couldn’t give their honest opinion about a certain product or service. They just have to put it in context and not use it to promote their own.

The notion of smooth-talking salesman has long been gone. It’s no longer just about the personality or creating a good first impression.

We now live in an era where customers make buying decisions based on facts and not just on some 30-second TV, or YouTube commercial. Hence, we don’t expect customers to just pour in or take the bait right then and there.

We need to cultivate their minds and educate them about the benefits of using our products or services instead of shoving them down their throats.

Converting leads to buying customers doesn’t have to be that hard, if we only take time to nurture them. There are 3 ways you can accomplish this:

Being a salesperson doesn’t have to be too difficult with today’s latest innovation in sales and marketing. Small Business Dream simplifies the work for you, so you won’t have to sweat it out just to get things done.

Visit us at www.smallbizdream.com to learn more about our suite of tools which include sales funnel, survey engine, email autoresponders and more.